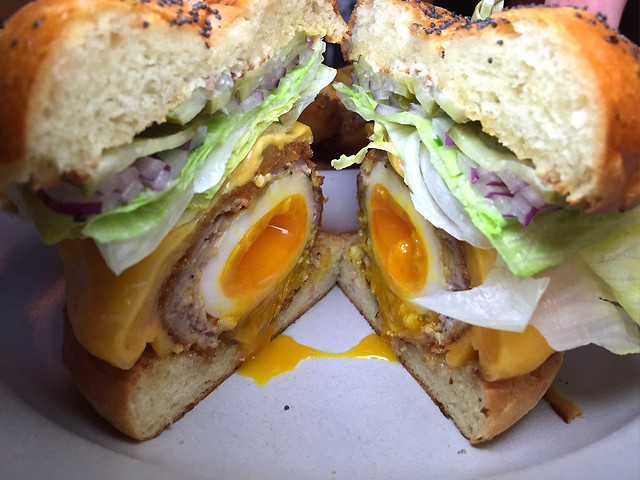 What’s better than a perfectly executed Scotch Egg? How about a Scotch Egg BURGER?

It all starts with an oozy (but not too oozy) 7-minute egg. That egg is then wrapped with homemade, hand-ground breakfast sausage, panko-crusted and fried. It’s served on a homemade Parker House bun, green peppercorn mustard and horseradish aioli (both also homemade), plus Cheddar cheese and iceberg lettuce.

This magnificent beast is available at Chef Josef Centeno’s Ledlow Restaurant in downtown L.A. It was an off-menu item for quite a while, but it became so popular that it’s on the regular menu (at least for the time being).

I dream about this Scotch Egg Burger, and it’s currently my favorite “cheat day” meal to share with my husband (we do low carb at home). We share the burger, a salad or two plus cocktails. It’s a great hangover prevention, or even a late morning hangover cure. Trust me — I’ve actually “tested” all the options. What else can I say? It’s just SO damn good. 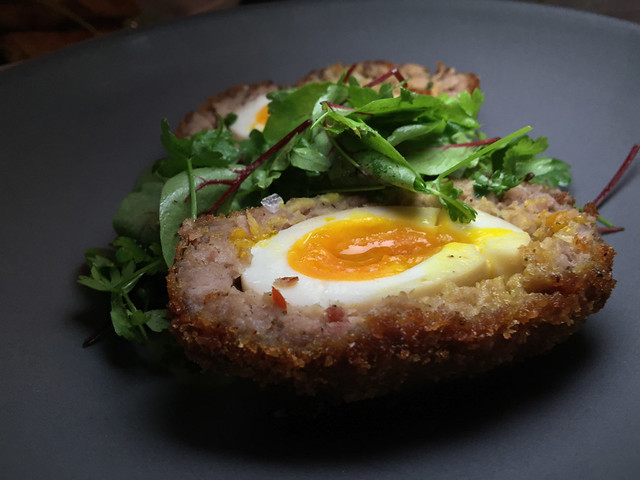 Scotch Egg up close at Ledlow. 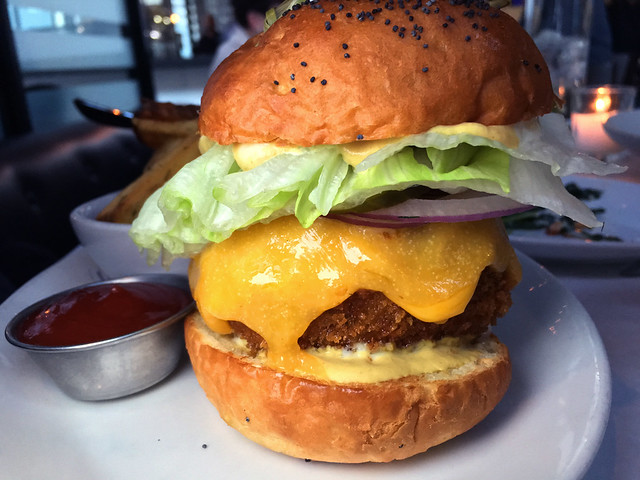 The Scotch Egg Burger before cutting and devouring. 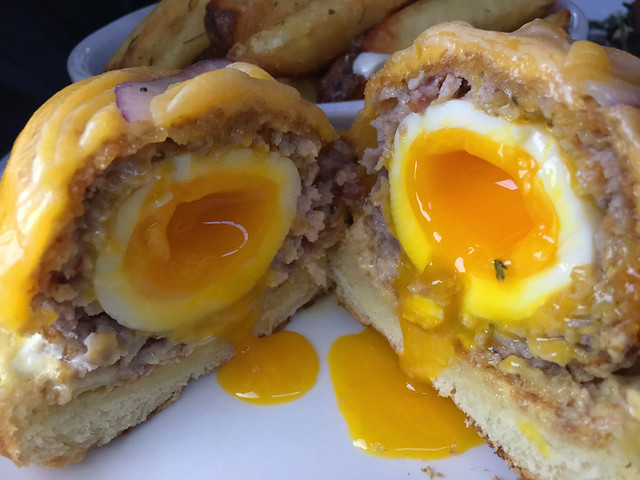 Going in! Ok, so I sometimes don’t eat the top bun, but I NEVER leave any Scotch Egg.

About Chef Josef Centeno:
Josef’s career started in New York, where he worked at Daniel, La Côte Basque and Les Célébrités. He also was executive chef at Meson G and Opus in Los Angeles and previously chef de cuisine at Manresa in Los Gatos, Calif. Josef has been featured in the L.A. Times, the Wall Street Journal, New York Times, Food & Wine and Bon Appetit. He also has been nominated for a James Beard award.

One thought on “Scotch Egg Burger”